COVID-19 Update – Courts at both the state and federal level have enacted administrative orders to extend some of the deadlines in civil asset forfeiture cases.

For example, many of the federal district courts, pursuant to 18 U.S.C. § 983, extended, by 60 days, the deadlines established by the Civil Asset Forfeiture Reform Act of 2002 (“CAFRA”) under which the Government is required to:

Amazingly, in accordance with 18 U.S.C. § 983(a)(1)(C), the supervisory officials at the headquarters offices of sevearl federal agencies issued updated certifications indicating that in light of the COVID-19 pandemic, their compliance with the statutory notice deadlines under 18 U.S.C. § 983(a)(1) for commencing administrative forfeiture continues to “likely endanger the life or physical safety” of the personnel responsible for carrying out their respective administrative forfeiture programs, justifying the extension of those deadlines pursuant to 18 U.S.C. § 983(a)(1)(C), (D).

Those federal agencies asking to extend the time include;

If federal or state law enforcement officers are attempting to use asset forfeiture laws to take your property, then contact the attorneys at Sammis Law Firm in downtown Tampa. Our attorneys are experienced in fighting asset forfeiture cases throughout Florida.

The federal law governing civil in rem forfeiture actions gives the government authority to seize property allegedly used in furtherance of criminal activity and to commence civil in rem proceedings against the property without charging the property’s owner with a crime.

In many of these cases, the government will allege that the currency was forfeitable pursuant to 21 U.S.C. § 881(a)(6), as proceeds traceable to drug trafficking activities or that the property was used or intended to be used to facilitate drug-trafficking in violation of 21 U.S.C. §§ 841(a), 846.

In civil asset forfeiture cases, the United States is the plaintiff who has seized the property. The property or asset is the defendant. The claimant is the party seeking to intervene in order to get the property back.

Federal agencies with forfeiture authority in the United States include:

At the pleading stage, the claimant will satisfy the burden of establishing constitutional standing by alleging a sufficient interest in the seized property. That interest can include an ownership interest, lawful possessory interest, or sufficient security interest.

To fight the complaint for forfeiture, the claimant can file a motion to dismiss if the Assistant United States Attorney missed a deadline or failed to comply with the strict requirements of CAFRA.

Affirmative defenses include a showing that the money was not the proceeds of illegal drug activity, the claimant is an innocent owner, or the forfeiture constitutes an excessive fine under the Eighth Amendment

After the government commences a civil forfeiture action, you should act quickly to retain an attorney to file a claim asserting your claim of ownership to the property.

We can help you properly file a verified claim under Rule C(6) which is distinct and separate from filing an administrative claim with the seizing agency under 18 U.S.C. § 983(a)(2).

The attorneys at the Sammis Law Firm can help you assert affirmative defenses include a showing that the money was not the proceeds of illegal drug activity or bulk cash smuggling in Florida. We can also represent an innocent owner who was not present when the money was seized.

If the government’s action is barred by the five (5) year statute of limitations, then we can help you file a motion to dismiss the forfeiture action. Whether your cash was seized at the airport or taken in connection with a criminal prosecution, we can help.

Don’t waive any of your rights by pursuing administrative options through a petition for remission or mitigation until you speak with us.

The best course of action in many of these cases is to demand early judicial intervention in U.S. District Court immediately after the taking,

The Government’s Notice Obligations in a Civil Asset Forfeiture Action

Supplemental Rule G “governs a forfeiture action in rem arising from a federal statute.” Supp. R. G(1). To discharge its notice obligations in a civil asset forfeiture action, the United States must provide notice of the action to any potential claimants. See Supp. R. G(4). Supplemental Rule G(4)(a)(i) relates to notice by a publication by stating:

“A judgment of forfeiture may be entered only if the government has published notice of the action within a reasonable time after filing the complaint or at a time the court orders.”

As provided in Supp. R. G(4)(a)(ii) the notice must contain the following information:

“The government must send notice of the action and a copy of the complaint to any person who reasonably appears to be a potential claimant on the facts known to the government before the end of the time for filing a claim under Rule G(5)(a)(ii)(B).” Supp. R. G(4)(b).

The notice must state:

(i) the date the notice is sent;

(ii) “a deadline for filing a claim, at least 35 days after the notice is sent”;

(iii) “that an answer or motion under Rule 12 must be filed no later than 21 days after filing the claim”; and

(iv) “the name of the governmental attorney to be served with the claim and answer.”

To intervene in a civil asset forfeiture action, each claimant must meet both Article III and statutory standing requirements. To demonstrate Article III standing, the claimant must have an interest in the property sufficient to create a “case or controversy.”

(i) A person who asserts an interest in the defendant property may contest the forfeiture by filing a claim in the court where the action is pending. The claim must:

(ii) Unless the court for good cause sets a different time, the claim must be filed:

(A) by the time stated in a direct notice sent under Rule G(4)(b);
(B) if notice was published but direct notice was not sent to the claimant or the claimant’s attorney, no later than 30 days after final publication of newspaper notice or legal notice under Rule G(4)(a) or no later than 60 days after the first day of publication on an official internet government forfeiture site; ….

Supplemental Rule G(5) requires a claimant to file both a verified claim and an answer. The claim ensures that any party who wishes to defend a forfeiture action will be forced to swear his interest in the forfeited property.

Supplemental Rule G(8)(c) allows the United States to move to strike a claimant’s claim or answer under certain circumstances. See Supp. R. G(8)(c). Supplemental Rule G(8)(c) states: “At any time before trial, the government may move to strike a claim or answer … for failing to comply with Rule G(5) or (6), or … because the claimant lacks standing.” Supp. R. G(8)(c).

The advisory committee notes to Supplemental Rule G(8)(c)(i)(A) state: “As with other pleadings, the court should strike a claim or answer only if satisfied that an opportunity should not be afforded to cure the defects under Rule 15.”

While failure to comply with Supplemental Rule G(5) or G(6) constitutes grounds for a motion to strike a claimant’s claim or answer pursuant to Supplemental Rule G(8)(c), some courts have stated that a court may exercise discretion in extending the time for filing of a verified claim.

Administrative asset forfeiture refers to “the process by which property may be forfeited by a seizing agency rather than through a judicial proceeding.” 18 U.S.C. § 983.

When a claimant files a claim, the asset forfeiture action is converted into a judicial proceeding, and the United States must, within ninety days, file a complaint in accordance with the supplemental rules. See 18 U.S.C. § 1983(3).

Representing the “Innocent Owner ” in a Forfeiture Action

An attorney can help you assert the affirmative defense of innocent ownership. The federal civil asset forfeiture statutes are intended to punish drug dealers while still protecting unwitting or innocent owners. Under 21 U.S.C. § 881(a)(6), the statutory scheme differentiates between “wrongdoers” and “innocent owners.”

As to a wrongdoer, any amount of the invested proceeds traceable to drug activities forfeits the entire property. In other words, if one is a wrongdoer, the full value of the real property is forfeitable because some of the funds invested are traceable. On the other hand, if a person is an innocent owner, then no amount of that person’s or entity’s funds are forfeitable.

This rule prohibits profit by the post-illegal act transferees who knowingly take an interest in forfeitable property. The innocent owner defense is not available just because the person was not on the scene early enough to consent to the illegal activity.

In other words, the post-illegal act transferee cannot assert the innocent owner defense to forfeiture if he could know of the illegal activity which would subject property to forfeiture at the time he takes his interest.

When considering the innocent owner defense, the courts are looking to see if a “strawman” set up is being used to conceal the financial affairs of illegal dealings of someone else.

Challenges to Forfeiture under the Eighth Amendment’s Excessive Fine Clause

In many of these cases, the attorney will raise an affirmative defense alleging that the forfeiture was excessive under the “excessive fine clause” of the Eighth Amendment. The constitutional challenge to forfeiture on this basis should be raised at the first opportunity and renewed at each stage of the case.

In United States v. Bajakajian, the Supreme Court of the United States established a two-step inquiry to determine whether the forfeiture was excessive under the Eighth Amendment. 524 U.S. 321 (1998).

The federal courts have not developed a bright-line test for determining gross disproportionality, but the courts have interpreted the Bajakajian decision as requiring the courts to consider the following four factors:

The claimant can also file a motion to dismiss based on the five (5) year statute of limitations for civil asset forfeiture cases.

List of Defenses in a Federal Civil Asset Forfeiture Case

After the Assistant United States Attorney files a complaint for forfeiture of seized U.S. Currency or other property, anyone asserting a claim to that property must file an answer and assert the following affirmative defenses. 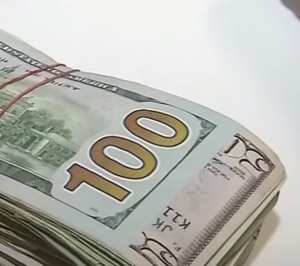 Asset Forfeiture Program – Visit the website of the United States Department of Justice to learn more about the asset forfeiture program. Find statistics on seizure and forfeiture trends over the past five years. Find policy and guidelines on federal adoptions of assets seized by state and local law enforcement agencies. The Asset Forfeiture Program of the Department of Justice manages the seizure and forfeiture of assets that allegedly represent the proceeds of, or were used to facilitate federal crimes. By taking the proceeds of crime and other assets relied upon by criminals to perpetrate criminal activity, asset forfeiture laws are intended to increase public safety. Find links to the new Consolidated Asset Tracking System (CATS) and the annual financial statement showing how funds were accumulated and distributed.