With more than 19 million residents, Florida has nearly 100 million visitors that travel across the State of Florida each year. Based on the sheer number of people driving in the state, the criminal defense attorneys at the Sammis Law Firm understand that “sometimes a car accident is just an accident.”

The Florida Department of Highway Safety and Motor Vehicles (DHSMV) estimates that in 2014 there were over 344,000 traffic crashes resulting in over 225,000 injuries and 2,506 fatalities across the State of Florida.

You also need an attorney on your side fighting to protect your rights from the earliest possible moment. If you are a suspect in a traffic homicide case, call a criminal defense attorney immediately. After a criminal investigation begins, you are not required to make a statement to law enforcement until after have spoken to an attorney.

Invoking your right to remain silent or to have an attorney representing you cannot be used against you at trial.

Call (813) 250-0500 today to speak with an experienced criminal defense attorney at the Sammis Law Firm today. We represent clients in a traffic homicide case throughout Tampa, Hillsborough County, and the surrounding counties of the greater Tampa Bay area.

The traffic homicide investigators gather as much evidence as possible at the scene including pictures of marks on the roadway, pictures of the locations of the vehicles, physical evidence from the vehicles, statements from witnesses, surveillance tapes from area business that may have captured part of the accident and a wide variety of other types of evidence.

The traffic homicide investigators have many resources at their disposal including accident reconstruction experts and toxicologists.

A sworn law enforcement officer with the Florida Highway Patrol, the sheriff’s office or a local police department will investigate the case in Tampa, Hillsborough County, or any surrounding county throughout Tampa Bay, including Clearwater or St. Petersburg in Pinellas County, Bartow in Polk County, New Port Richey or Dade City in Pasco County, Brooksville in Hernando County, or Bradenton on Manatee County, Florida.

Law enforcement agencies have specially trained officers that do nothing but investigate these difficult cases. You also need an attorney focused on representing you at every stage of the case and protecting your rights.

When a death occurs after a traffic crash the resources of the State of Florida are used to pursue any criminal prosecution. The person accused also needs aggressive and experienced representation to protect his or her rights. The driver should not talk to law enforcement during a criminal investigation until the individual has spoken to a criminal defense attorney.

Your attorney may also hire experts to review the case including an accident reconstruction expert and toxicologist. When a traffic accident results in a death in the Tampa Bay area of Florida, then contact an attorney at the Sammis Law Firm.

Hiring a criminal defense attorney as soon after the accident occurs is important because your attorney also needs an opportunity to preserve evidence before memories fade and physical evidence is lost or destroyed.

The State Attorney’s Office is often under extreme pressure from the victim’s family to make an arrest. In many traffic homicide cases, the prosecutors and traffic homicide investigators often make difficult decisions about whether the at-fault driver should be prosecuted.

During the early days of the investigations, it is important that your criminal defense attorney provides as much exculpatory evidence as possible to the State Attorney’s Office. Additionally, certain evidence showing mitigation can also make a huge impact on the attitudes of the victims and the traffic homicide investigators. Although the person accused should NEVER make a statement to law enforcement or the victim’s family, the criminal defense attorney is often in the best position to present your side of the case.

Likewise, after the arrest, the prosecutor will advise the victim’s family of the status of any plea negotiations. Often the wishes of the family members play a role in how the case is ultimately resolved.

Even in cases in which guilt is overwhelming, similar facts can lead to a lengthy prison sentence or only probation depending on the wishes of the victim’s family and the strategy of the criminal defense attorney.

Additionally, the family of anyone killed or injured in the accident may hire a personal injury attorney to sue the driver of the other vehicle involved in the accident. The personal injury attorneys often take the case on a contingency basis and can sue not only the insurance company of the at-fault driver, but also the individual driver. In many of these cases, the driver must face a criminal investigation and the inevitable civil lawsuit for money damages.

Factors such as fatigue, careless driving, cell phone usage, alcohol intoxication, drug impairment, or other types of negligence greatly affect the results of these personal injury lawsuits after a serious traffic accident or traffic homicide investigation. In many of these cases, both drivers acted in a way that contributed to the accident.

While the police focus on gathering evidence against the person accused of a crime, the criminal defense attorney must complete a thorough investigation of the other driver. Everyone involved in these cases have an important interest in making sure their rights are protected and that all evidence from the scene is gathered properly.

Never assume that the traffic homicide investigators are looking out for your interest. Law enforcement investigations are never completely objective because the officers involved make a judgment call and then begin gathering evidence that supports that theory of the case.

Certain law enforcement officers receive special training as traffic homicide investigators (THI). At any time of the day or night, these officers are dispatched to the scene of motor vehicle collisions involving a death or fatality. These traffic homicide officers are trained to carefully document all evidence from the crash scene.

The goal in most investigations is to reconstruct the manner in which the crash occurred in order to show whether any person involved is civilly or criminally liable for the personal injury or death that occurred.

The traffic homicide officers throughout the Tampa Bay area will document different types of evidence that can be gathered from the scene or from interviewing the witnesses. You will also want to work with your criminal defense attorney to hire an expert to gather and analyze information from the traffic crash investigation including:

Many law enforcement agencies throughout the state of Florida have command vehicles which can respond to the scene of a traffic homicide investigation.

The command vehicles can take overhead pictures of the scene, have lighting systems for nighttime investigations, video equipment to capture the driver’s performance on field sobriety exercises and hold other equipment such as barricades and traffic cones.

The command vehicles also hold mobile breath test units called Intoxilyzer 8000 machines which can be used during checkpoint or roadblocks.

Types of Criminal Charges After a Traffic Homicide Investigation

After a car accident that results in the death of a pedestrian, another driver, or a passenger, the State Attorney’s Office in Florida may decide to file criminal charges. Those criminal charges can include any of the following offenses under Florida law:

Even in cases in which no one dies as a result of the crash or when the person accused is not criminally liable for the victim’s death, other less serious charges can result including:

In some cases, no criminal charge is filed. Instead, the investigating officer will only issue a non-criminal, civil traffic infraction for speeding, failing to maintain a lane, running a red light, etc.

Although the citation is non-criminal, a conviction still comes with very serious penalties including an enhanced mandatory fine of $1,000, a mandatory driver’s license suspension (3 months for serious bodily injury or 6 months for death). The judge can (but is not required to) impose a special condition that you complete 120 hours of community service (although that particular penalty is rarely imposed in the traffic courts in Tampa).

Call an attorney if you were issued a non-criminal traffic infraction involving death or serious bodily injury with a mandatory hearing.

Under Section 322.27, Florida Statutes, the DHSMV must be notified, within 24 hours, of any traffic fatality, or when the law enforcement agency initiates action requiring a blood test for impairment or intoxication, pursuant to Section 316.1033, Florida Statutes. The Driver and Vehicle Information Database (DAVID) is the primary reporting mechanism for fatalities and serious bodily injury (FSBI).

The reporting system was created to record traffic crashes which meet one of the following criteria: 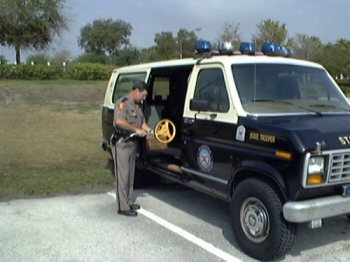 Manual for Traffic Homicide Investigators with Florida Highway Patrol – Traffic Homicide Investigations Unit of the Florida Highway Patrol includes 168 full-time investigators in 23 squads across the state of Florida. Find the TRAFFIC HOMICIDE INVESTIGATION (THI) MANUAL to learn more about procedures in the manual for investigative responsibility and appropriate reporting formats for specific types of fatal investigations.

We represent individuals under investigation for any traffic homicide case in the greater Tampa Bay area including Tampa or Plant City in Hillsborough County, Dade City or New Port Richey in Pasco County, Bartow in Polk County, Bradenton in Manatee County, St. Petersburg or Clearwater in Pinellas County or Brooksville in Hernando County, FL.

We represent clients charged with a wide range of traffic homicide cases including a non-criminal traffic infraction with a mandatory hearing, leaving the scene of an accident with death, vehicular homicide, fleeing or attempting to elude causing death, or driving while license suspended caused serious bodily injury or death.

Call (813) 250-0500 today to talk with an experienced criminal defense attorney about your case today.