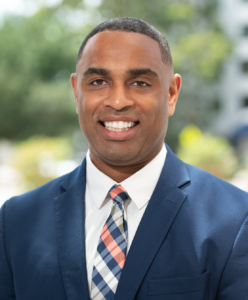 In addition to his legal and educational experience, Joshua served over 27 years in the U.S. Army, on both active and reserve duty. His experience in the Army has provided him with a wealth of leadership and decision-making skills.

Joshua joined the Army while he was a junior in high school. He attended Infantry Basic training in Fort Benning, Georgia. He later transitioned to serving as an Air Defense Crew Member. During his time as an enlisted soldier, he was stationed in Fort Bliss, Texas, Fort Riley, Kansas, Camp Casey, Korea, and Fort Drum, New York.

After earning a green to gold scholarship, Joshua was commissioned as a Second Lieutenant in August 2002. The next year he deployed with his unit in support of Operation Iraqi Freedom. During his time in Iraq, he was the platoon leader of a 25-man Bradley Fighting Vehicle Platoon. His unit was responsible for the security of Baghdad International Airport.

After his platoon successfully returned from Iraq, Joshua deployed two more times to Kuwait in support of Operation Enduring Freedom. He continues to serve as a Major in the U.S. Army Reserve.