DUI arrests and prosecutions in Tampa, Hillsborough County, FL, are handled very differently than in surrounding counties in Florida.

Crime statistics from 2007 through 2017 show that more individuals have been arrested for DUI in Hillsborough County than any other county in Florida.

The fact that Hillsborough County leads the state in the number of DUI arrests is surprising because it is only the fourth most populous county in the state of Florida.

The attorneys at Sammis Law Firm, P.A., focus on defending individuals charged with DUI throughout Hillsborough County, including Tampa and Plant City. Our offices are conveniently located in downtown Tampa, FL, just a few blocks from the courthouse.

Click here to read more about our Recent Case Results in DUI Cases.

We are familiar with the tactics used by DUI enforcement officers with the Hillsborough County Sheriff’s Office, the Tampa Police Department, and the Florida Highway Patrol.

Contact us for a free consultation to discuss the charges pending against you, the potential penalties for this offense, and the best defenses to aggressively fight the charges.

The DUI defense attorneys at the Sammis Law Firm in Tampa, FL, represent men and women charged with the following types of DUI cases:

After a DUI arrest, you can request a formal review hearing, under Section 322.2615, Florida Statutes and chapter 15A-6 of the Florida Administrative Code, for driving with an unlawful alcohol level or refusing to submit to a chemical test.

Many people hire an attorney to conduct the DUI administrative review hearing because of the complexity involved in successfully contesting the administrative suspension of a Florida driver’s license.

Your attorney can subpoena all of the witnesses involved in the case, including the officer that conducted the DUI stop, the officer that conducted the arrest (the DUI enforcement officer) and any breath test operator. At the DUI formal review hearing with the Bureau of Administrative Reviews, your lawyer can question all of these witnesses under oath.

At the DUI formal review hearing with the Bureau of Administrative Reviews, your lawyer can question all of these witnesses under oath.

A transcript is made of the testimony which could later be used to impeach the witnesses or persuade the prosecutor to drop or dismiss the charges. Hiring an attorney who will aggressively litigate your DUI formal review hearing not only gives you the best chance to protect your driver’s license but may also mean the difference in winning or losing your case at a motion hearing or jury trial

Hiring an attorney who will aggressively litigate your DUI formal review hearing not only gives you the best chance to protect your driver’s license but may also mean the difference in winning or losing your case at a motion hearing or jury trial.

Counterattack is the designated agency licensed by the Florida Department of Highway Safety and Motor Vehicles (DSHMV) to provide classes to residents of Hillsborough County, Florida.

The DUI school is regulated by the Florida Department of Highway Safety and Motor Vehicles (DHSMV) which requires completion of an approved DUI program for administrative suspensions or convictions for drunk driving (DUI).

The Special Supervision Services Program offers a program for multiple offenders with a 5-year revocation, 10-year revocation, or permanent revocation who are approved for the program and indicate an ability to drive only on a restricted basis.

In addition to these various police departments throughout the county, Drunk driving or DUI incidents that occur on highways throughout Hillsborough County, Florida are investigated by the Florida Highway Patrol (FHP).

Part of the reason for the high number of DUI arrests in Hillsborough County, Florida, is because of an aggressive DUI enforcement campaign called “Operation 3D,” which stands for Operation Don’t Drink and Drive.

Find out more about the Operation 3D plan to increase drunk driving or DUI arrests in Hillsborough County, FL.

After an arrest for DUI, the arresting officer will request that the person submit to a chemical test for intoxication and inform the subject that, should he or she refuse, his or her driver’s license will be subject to suspension for the period required by law.
For a breath test or urine test, the suspect is usually taken to the Central Breath Testing Unit (often called “CBT” or “CBTU”), a facility managed by the Hillsborough County Sheriff’s Office. CBT is located at the Orient Road Jail in Hillsborough County.
At CBT, breath alcohol tests are administered. In some cases, the breath-alcohol test might be administered at a mobile facility or transported to the scene in a patrol vehicle.
When a breath test is administered at CBT, the arresting officer will arrest the suspect for DUI and then escort them into the CBT facility. When they arrive, the arresting officer will give the breath test operator a document known as the Breath Alcohol Analysis Report (Form HCSO 5730).
The form documents when the 20-minute observation period began, the serial number of the breath test instrument assigned, whether the breath test occurred, the reading, and other statistical data. 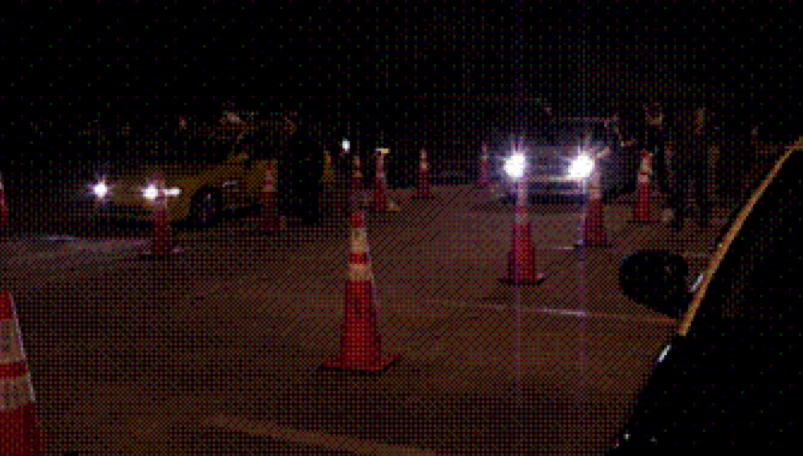 DUI Refusal Case – Many DUI arrests result in the driver refusing to take a breath test at central breath testing in the Orient Road Jail in the booking department of the Hillsborough County Sheriff’s Office. The downside of refusing to take a breath test after a DUI arrest is that you may suffer a longer driver’s license suspension (one year instead of six months for a first DUI). Additionally, a second or subsequent refusal can result in an additional criminal charge for the refusal itself (regardless of whether you are convicted of DUI). Finally, the fact that you refused to take the breath test may also be admissible at trial. In many DUI refusal cases, the prosecutor has a more difficult take prosecuting the case because the most direct piece of evidence, the breath test result, does not exist. Learn more about DUI refusal cases in Hillsborough County, Florida.

DUI Checkpoints – Hillsborough County Sheriff’s Office – The next checkpoint for the HCSO is published on the HCSO website. HCSO manages a public awareness plan called “Operation 3D.” The plan helps enhance DUI enforcement efforts by the Hillsborough County Sheriff’s Office through the dissemination of news releases, planning for checkpoints and saturation patrols and the development of public services announcements and awareness materials.

If you were arrested in Hillsborough County, Florida, for a misdemeanor offense of drunk driving or DUI you may go to court in Tampa or in Plant City. At the Sammis Law Firm, P.A., we can begin your defense today.

Call for a free consultation to find out what you may need to do today to protect your privilege to drive and avoid a DUI conviction in Hillsborough County, including Tampa or Plant City, Florida.

If you need a DUI attorney for a case in Hillsborough County, FL, then contact us for a free consultation. Call us at (813) 250-0500 to discuss your case today.

This article was last updated by Leslie Sammis on Friday, October 11, 2019.