Whether you took a breath, blood, urine test, or refused to submit to testing, then call the DUI defense attorneys at the Sammis Law Firm.

We have an office conveniently located in New Port Richey, directly across from the courthouse at the West Pasco Judicial Center. Our main office is located in downtown Tampa.

Be sure to talk to an attorney about all of the reasons to demand a “formal review hearing” within the first 10 days after your arrest. Don’t waive your rights by seeking immediate reinstatement of hardship privileges until after you speak with an attorney about the pros and cons of each approach.

If you took the breath test at the Land O’Lakes Jail, then you should be aware of problems with the alcohol testing program at the Pasco County Sheriff’s Office and the police departments in Dade City, New Port Richey, and Zephyrhills.

Many of the monthly inspections on the breath test instruments have failed. In some cases, the agency inspectors have violated the administrative rules. If the rules are not followed, then your attorney can file a motion to exclude the breath test reading at trial.

When the court excludes evidence, the entire DUI case might be dismissed or reduced to a less serious charge.

If you were accused of refusing to submit to a breath test, blood test, or urine test, then your attorney can move to exclude that evidence from the trial, if the officer did read the implied consent warning or gave you bad advice.

Attorney for a DUI in Pasco County, FL

After an arrest for DUI in Pasco County, FL, your case will be prosecuted at the courthouse in Dade City or New Port Richey.

The four attorneys at the Sammis Law Firm are focused on criminal and DUI defense. We are experienced in fighting DUI cases throughout Pasco County, FL, and the surrounding areas.

Contact us to schedule an appointment at our office conveniently located at 7509 Little Road, New Port Richey, FL, 34654, directly across from the courthouse.

The decisions that you make in the first few days after your arrest may have a tremendous impact on how your case is ultimately resolved. Just because you were arrested for DUI does NOT mean that you will be convicted.

The best result in these cases is getting the prosecutor to drop the charges or getting the court to dismiss the charges. You might also be able to avoid a DUI conviction if the charge is reduced to reckless or careless driving. Only by speaking directly with an experienced attorney can you learn about defenses that might apply to your case.

Contact an experienced criminal defense lawyer for DUI defense in New Port Richey and Dade City for a first DUI or a second DUI arrest. Discuss your case directly with an attorney during a free and confidential consultation.

To learn more, watch a quick video showing how one of our attorneys, Jason Sammis, uncovered evidence of police misconduct at a DUI checkpoint in Pasco County, FL, which led to the dismissal of a charge of DUI.

Protecting Your Driver’s License to Drive after a DUI

Although you can seek immediate reinstatement of your hardship driving privileges to avoid the hard suspension, doing so requires you to WAIVE your rights and stipulate to the DUI for administrative purposes.

Deciding whether to waive all your rights or request a FORMAL review hearing is one of the most important decisions you will make in the case.

If your attorney files for the formal review hearing and your license is otherwise valid, then you will be issued a 42-day driving permit so that you can continue to drive for hardship purposes while your attorney fights to invalidate the administrative suspension.

The formal review hearing is one of the most critical stages of your DUI case in Pasco County, FL, because it allows your DUI attorney to question each of the state’s witnesses against you under oath.

Not only must you fight the DUI case with the DMV, but you must also answer the criminal charges at the Pasco County Courthouse in either Dade City or New Port Richey, Florida. Your attorney can attend court on your behalf.

Your attorney may be able to file motions to suppress evidence or motions to dismiss the DUI charges on your behalf.

We previously caught the agency inspectors in Pasco County backspacing and intentionally deleting error warning messages that occurred during monthly agency inspections. Other problems resulted in the machines not be in compliance with the administrative rules.

The deletion of error messages is a major problem because the agency inspector is required to report the results of the test to FDLE. Judges, prosecutors, and defense attorneys rely on seeing those error messages in order to understand whether the machine was working properly. Error messages can include:

The attorneys at the Sammis Law Firm are filing and litigating motions attacking breath test readings taken at the time that the Intoxilyzer 8000 was not in substantial compliance with the administrative rules.

We are familiar with the tactics used by the DUI enforcement officers in Pasco County.

Call us to discuss any DUI breath test in Pasco County, including a breath test case being prosecuted at the courthouse in New Port Richey or Dade City, FL.

Refusal to Submit to Alcohol Testing in Pasco County, FL

If you accept the privilege of operating a motor vehicle in Florida, then you are deemed to have given your consent to submit to an approved test of the alcohol content of his or her blood, breath, or urine as provided in Section 316.1932(1)(a)1.a., F.S.

The Department of Motor Vehicles will administratively suspend a person’s driving privileges for one (1) year after the first refusal of alcohol testing as provided in Section 322.2615(1)(b)1.a., F.S.

Within ten (10) days of the arrest, you should demand a formal review hearing to contest the administrative suspension. At the hearing, your attorney can subpoena any of the witnesses listed in the documents including the stop office, the arresting officer, and any backup officer.

At the hearing, your attorney can contest whether the test was requested incidental to a lawful arrest and administered at the request of a law enforcement officer who has a reasonable belief such person was driving a motor vehicle while under the influence of alcoholic beverages or controlled substances. Your DUI attorney can also contest whether you were read the implied consent warning and actually refused to submit.

Evidence gained during the formal review hearing can also be used to fight your DUI refusal case in Pasco County at the courthouse in New Port Richey or Dade City, FL.

Penalties for a Second Refusal to Submit to Testing

The second refusal to submit to a lawfully requested test will result in an administrative suspension as well as criminal charges.

A second refusal occurs when a person’s driving privileges were suspended for a prior refusal, and the person then refuses to submit to an alcohol test for a second time as provided in Section 316.1939(1)(c), F.S.

In addition to the DUI charge, the second refusal can result in an additional charge for a first-degree misdemeanor charge, punishable by up to 1 year in jail and $1,000 fine.

Read more about the penalties for a second refusal or a second DUI conviction in Pasco County, FL.

General Order 61.8 (effective July 31, 2006) was issued by the Pasco County Sheriff’s Office to establish guidelines for conducting the driving under the influence (DUI) investigations.

These standard operating procedures apply to all law enforcement deputies with the Pasco County Sheriff’s Office who perform DUI investigations, testing, arrests, and administrative license suspension duties. Those duties MUST be performed in accordance with these rules.

After a traffic stop is conducted, law enforcement officers in Pasco County are trained to make certain observations while performing traffic stops.

Officers will observe whether the driver pulled over safely and immediately and whether he or she gave any explanation for the observed difficulty driving. The officer will request the driver’s license, insurance card and vehicle registration.

During the initial observation, the DUI enforcement officer is trained to look for the following clues of impairment:

The PCSO officer will also look for contraband within plain view including open containers of an alcoholic beverage, legal or illegal controlled substances, or drug paraphernalia. The officer is also trained to document any pre-Miranda questions or admissions that can be used to assist the officer in finding reasonable suspicion of impairment.

Exceptions to these bond amounts apply for the following:

After an arrest for DUI, Florida law requires the defendant is to be held in jail until the person’s blood-alcohol level or breath is below 0.05 or eight (8) hours have elapsed from the time the person was arrested.

Statistics on the Number of DUI Cases Filed in Pasco County, FL

According to the 2016-17 Statistical Reference Guide for County Criminal, published by the Florida Office of the State Courts Administrator, in Pasco County, there were:

The Office of Paula S. O’Neil, the Clerk & Comptroller in Pasco County, Florida, publishes a list of immobilization agencies that were last revised on October 30, 2015.

The list of immobilization agencies was approved pursuant to Florida Statute Section 316.193(13) including:

Pasco County DUI School – If you required to enroll in and complete DUI school in order to get your driver’s license reinstated after an administrative suspension or a court-ordered suspension, then you must enroll in the county where you live, work, or attend school. The DUI school in Pasco County is known as Pride Integrated Services, Inc., with locations in New Port Richey and Zephyrhills. 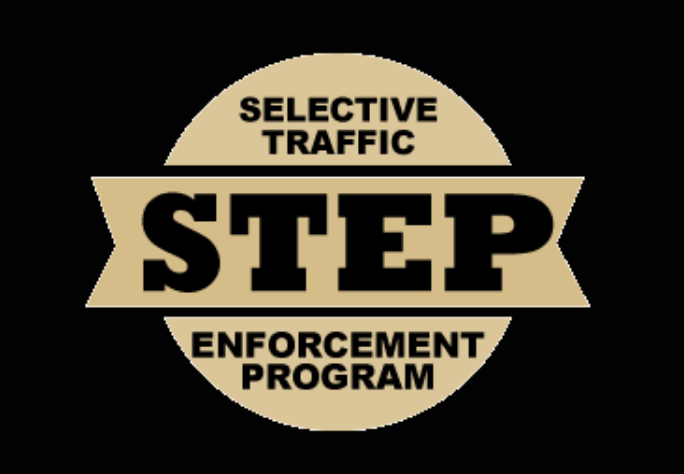 Florida law provides for two alternative theories for proving DUI offenses under 316.193(1)(a), (b):

After an arrest for DUI under either theory in Pasco County, contact an experienced criminal defense attorney at the Sammis Law Firm. We fight charges of driving under the influence of alcohol or drugs throughout the county. Whether your case is being prosecuted at the courthouse in New Port Richey or Dade City, we can help.

From our offices in New Port Richey, our attorneys represent clients after an arrest for DUI by one of the five (5) law enforcement agencies in Pasco County including:

We represent clients after a breath test, blood test, urine test, or refusal to submit to testing. The penalties are more serious you were involved in a crash that caused property damage or personal injury. We also represent commercial drivers or CDL holders or anyone arrested for DUI in a commercial motor vehicle (CMV).

Our attorneys focus on drunk driving defense in New Port Richey and Dade City. We provide free consultations over the phone or in the office to discuss the case.

This article was last updated on Tuesday, October 1. 2019.