How do you avoid a Backpage Sting Operation? Stay out of Polk County, FL.

In Polk County, FL, the undercover stings use Backpage (and now websites similar to Backpage) to target men and women accused of soliciting prostitution or offering to commit prostitution. Since April of 2018, when the feds shut down Backpage, many look-alike websites have popped up.

Prior to April of 2018, most of the “Prostitution Vice Operations” in Florida were using ads posted in the “dating” section of www.backpage[dot]com (“Backpage”). These ads sought sexual favors in exchange for U.S. currency.

For the Polk County sting operations, many of the ads were placed in the Orlando area section of the site because they targeted tourist that could be lured to the edge of Polk County.

A study by the Arizona State University conducted in 2012 found that 80% of listing on Backpage are for prostitution-related activities. In 2013, Polk County Sheriff Grady Judd was threatening to criminally investigate Backpage and its executives for its graphic pictures and thinly veiled pricing – but then Sheriff Judd began using Backpage for his elaborate sting operations.

Although Backpage closed its adult services section a year earlier, it continued to be a marketing place for the sex trade through its “dating” section. Court records show that in California alone, Backpage made about $2.5 million per month from its ads. Prior to being shut down in April of 2018, Backpage had consistently won battles in court based on protections in the Communications Decency Act.

In 2017, for example, the Polk County Sheriff’s Office used Backpage to lure men and women to a house in Davenport, FL, just 1,000 feet south of the Osceola Polk Line Road. To attract tourist in the Orlando area of central Florida, the house is conveniently located off the I-4 Interstate.

After fighting these cases for many years, we know that the officers often say things in the police report that are NOT true. For example, sometimes the police report will say the “john” offered $100 for oral sex, but when we listen to the audio tape, the “john” never actually offered any money or agreed to any specific sex act. In other cases, the alleged prostitute will say, “you are only paying for my time.” Officers rarely write those types of statements in the police report.

Even when the evidence shows the agreement was reached, the entrapment defense can often be asserted in these cases, particularly when the defendant has no prior convictions for prostitution-related crimes.

The crime of “soliciting a lewd act” comes with a $5,000 fine unless you avoid a conviction – which also explains why the investigations are so aggressive. Call us to find out more about how we fight these charges for an outright dismissal when the prosecutor has insufficient evidence, or other problems exist in the case.

If you were arrested for a crime involving an allegation of soliciting a prostitute or being a sex worker, then contact an experienced criminal defense attorney at the Sammis Law Firm. We represent clients charged with prostitution-related crimes throughout all of the Polk County, FL.

Call us to discuss your case during a free and confidential consultation. Our first goal is to get the charges completely dismissed or at least reduced to a less serious offense such as disorderly conduct.

If your charges are dropped, then you might be eligible to expunge the record. If you avoid a conviction, you might be able to seal the record. Getting rid of the mugshot and any record of the arrest or prosecution is the most important goal in these cases for many of our clients.

Many of these prosecution sting operations involve dozens of officers with the Polk County Sheriff’s Office including the following types of officers:

The arrests will take place inside a single family residence in Polk County that is set up with audio and video recordings. For the sting operations, these houses can be set up anywhere in Polk County including Lakeland, Bartow, Winter Haven, Polk City, Frostproof, Mulberry, Lake Wales Auburndale, Davenport, Eagle Lake, Fort Meade, Haines City or Lake Alfred. 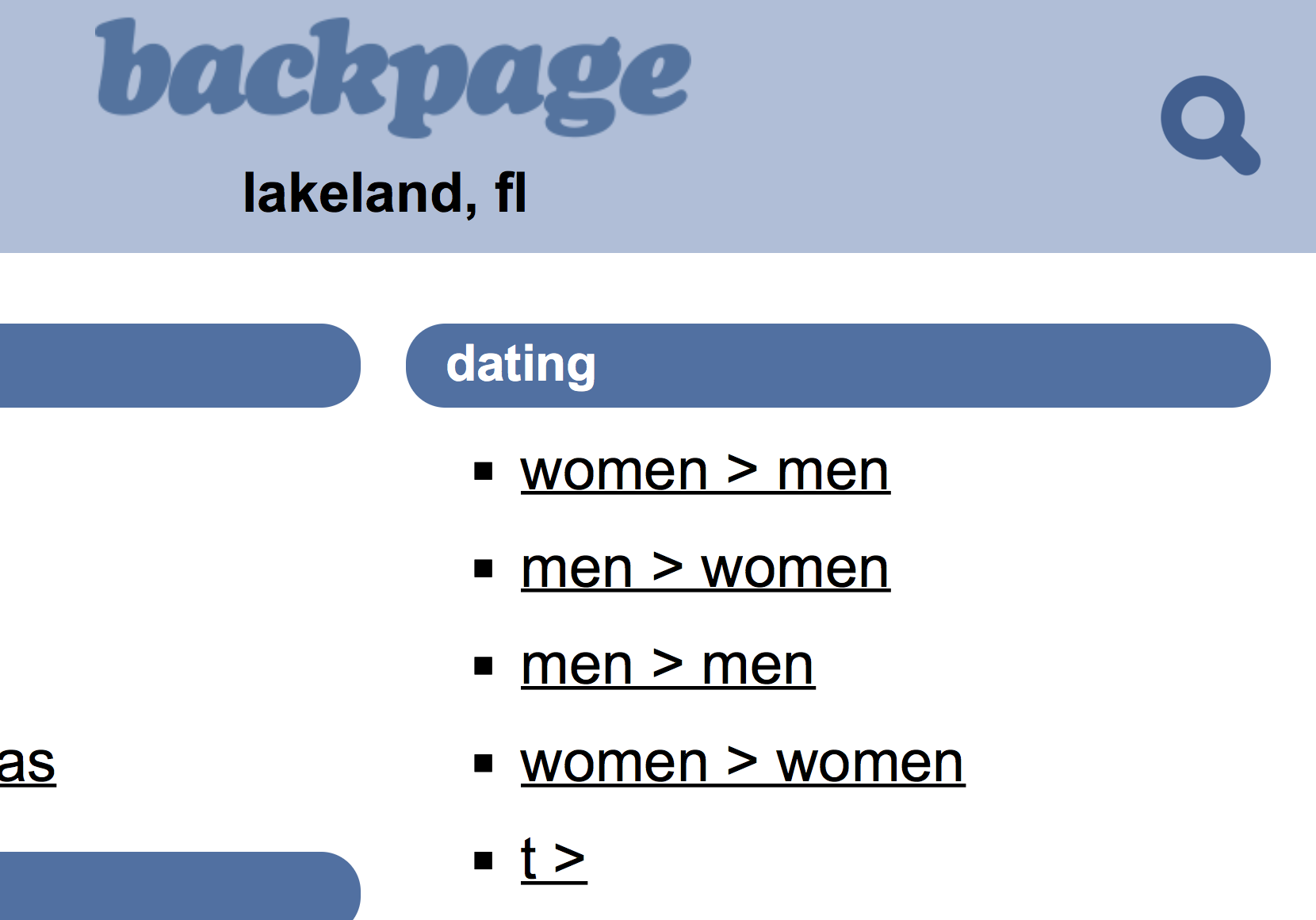 The detective would then pay the money to the suspect or accept the money from the suspect. At that point, the other officers would rush in to make the arrest during a “take down.”

During the prostitution sting operation in Polk County, FL, the takedown officers are supposed to wear an agency issued badge and a tactical vest with “Sheriff” on the front and back identifying the officer as a member of law enforcement.

When fighting these cases, the Polk County criminal defense attorney is entitled to all of the discovery including any communications between the person accused and the officer involved in the sting, all of the “dating” section backpage.com advertisements, video and audio of the conversation for sexual services, and all pre-Miranda and post-Miranda statements.

Why Did Law Enforcement Use BackPage for Prostitution Sting Operations?

In early 2017, a bipartisan Senate Investigations Subcommittee report caused Backpage to add a red banner headline over its adult listings with the word “CENSORED” and release a statement that it had removed the section “as the direct result of unconstitutional government censorship.”

Anti-prostitution groups claim that prostitutes have moved to a new location on the website. For instance, some sting operations for prostitution use the “Personals” or “Casual Encounters” section on Craigslist. Recently, several smaller websites have also been providing ads for prostitution-related activities. Many of them look very similar to backpage.

The “Terms’ published on the Backpage Website provided that the user must refrain from posting “adult content or explicit adult material unless” it is in the adult category, permitted under federal, state and local law and the one doing the posting is over 18 years of age.

Backpage’s terms also forbid posting any solicitation directly or in coded fashion for any illegal service exchanging sexual favors for money and posting any material on the Site that exploits minors in any way.

The categories on the Backpage website’s adult dating section included:

Posting Rules for the Adult Dating Section on Backpage

The “posting rules” for the dating section on Backpage required an acknowledgment of the following:

You agree to the following when posting in this category:

The Disclaimer for the Adult Dating Sections on Backpage

The disclaimer for the “dating sections” on the Backpage[dot]com website contained the following disclaimer:

This “dating” section contains sexual content, including pictorial nudity and adult language. It is to be accessed only by persons who are 18 years of age or older (and is not considered to be a minor in his/her state of residence) and who live in a community or local jurisdiction where nude pictures and explicit adult materials are not prohibited by law. By accessing this website, you are representing to us that you meet the above qualifications. A false representation may be a criminal offense.

I confirm and represent that I am 18 years of age or older (and am not considered to be a minor in my state of residence) and that I am not located in a community or local jurisdiction where nude pictures or explicit adult materials are prohibited by any law. I agree to report any illegal services or activities which violate the Terms of Use. I also agree to report suspected exploitation of minors and/or human trafficking to the appropriate authorities.

I have read and agree to this disclaimer as well as the Terms of Use.

CyberTipline  – The Cybertipline provides the public and electronic service providers (ESPs) with the ability to report online (and via toll-free telephone) instances cybercrimes. NCMEC continuously reviews CyberTipline reports and after the review reports the information to law enforcement. Visit the website for the National Center for Missing & Exploited Children which is funded, in part, through a grant from the U.S. Department of Justice, Office of Justice Programs, and Office of Juvenile Justice and Delinquency Prevention. The types of crimes eligible for reporting on the Cybertipline include incidents of the following types of offenses:

Backpage Founder, Executives and Shareholders – Read a recent news article in the Washington Times about why Backpage executives and family members contributed about $99,000 to candidates and about $95,000 to Democratic parties in four states according to federal campaign finance data collected by the Center for Responsive Politics. Learn more about the founders and controlling shareholders of Backpage, James Larkin and Michael Lacey, and executives and shareholders, John Brunst and Scott Spear.

Find a Lawyer for Prostitution Crimes in Polk County, FL

The courts in Florida have considered whether Section 796.07(6), Florida Statutes, is unconstitutional because the $5,000 fine for soliciting prosecution is excessive or “grossly disproportional” as applied in the case.

These fines and the ability to seize vehicles after an arrest have motivated law enforcement officers to set up complicated sting operations to cast an increasingly wide net.

The attorneys at Sammis Law Firm are familiar with the sting operations that used Tampa Backpage.com, a classified-ad website accused of being a hub for sexual exploitation and human trafficking. Although Backpage was shut down, officers in Polk County are already targeting other online forums for future sting operations.

Although these sting operations should be targeting people for more serious offenses such as traveling to meet a minor for sexual conduct, transmit material harmful to a minor, online enticement of children for sexual acts, child pornography, or child sex trafficking, the vast majority of the arrests are for misdemeanor offenses for solicitation or offering to commit prostitution.

Call (813) 250-0500 to discuss your case involving an online escort prostitution sting with an experienced criminal defense attorney at the Sammis Law Firm. 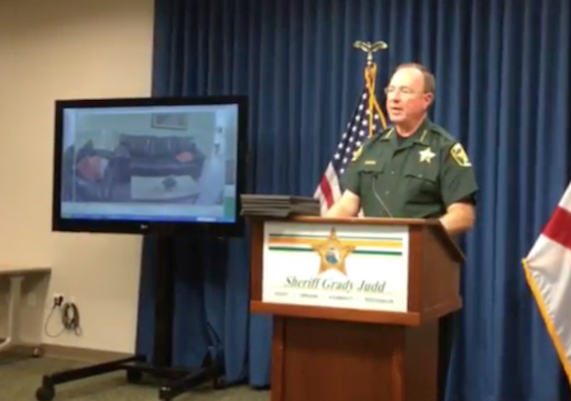