Although Tampa is the largest city in the Tampa Bay Area, it’s not the most dangerous for DUIs. A recent study shows that Tampa’s DUI fatality rate of 3.77 put it in 7th place with compared to other Florida cities.

Attorney for a DUI Arrest by TPD

If you were arrested for DUI by an officer with the Tampa Police Department then contact an experienced attorney at Sammis Law Firm. We focus on fighting DUI cases after an arrest in the City of Tampa and throughout Hillsborough County, FL.

Our office is in downtown Tampa just a few blocks from the courthouse. We are in the courtrooms throughout Tampa and Plant City every day fighting DUI cases.

Focusing on DUI cases in Hillsborough County allows us to be familiar with the tactics used by TPD’s DUI enforcement unit and the breath test machines used at the Central Breath Testing (CBT) facility at Orient Road Jail.

As a result of the high number of DUI accidents in the City of Tampa, the Florida Department of Transportation provides the Tampa Police Department with grant money each year that can be used for extra DUI enforcement efforts.

More DUI enforcement officers will be on patrol during many holidays including over Thanksgiving, Christmas, New Year’s Eve, the Fourth of July, Memorial Day Weekend and Labor Day Weekend.

For these increased patrols, the grant money covers additional overtime paid to the officer to arrest individuals for driving under the influence of alcohol or controlled substances.

The twelve officers with the Tampa Police Department DUI enforcement unit have all completed a course by the National Highway Traffic Safety Administration (“NHTSA”) called Detection and Apprehension of Impaired Drivers.

Many of the TPD DUI officers have received additional training to be “DUI Instructors” or Drug Recognition Evaluators/Experts (called “DRE”).

The TPD officers consistently frequent certain parts of the city. In fact, their website previously included a “Top 10 List of Locations for DUI Arrests in the City of Tampa”:

The standard operating procedures for DUI enforcement requires the officers to video record their DUI investigations.

These videos should include the initial driving patterns (when the stop is conducted by a DUI enforcement officer), the initial encounter with the driver, the request for roadside agility exercises (often called “standard field sobriety exercises”), the arrest, and the transportation to Hillsborough County’s Central Breath Testing facility at the Orient Road Jail.

If the officer violates this policy or claims that the in-vehicle video recording equipment was not working properly, then the defense attorney can move to dismiss the entire case or at least the officer’s testimony about facts that should have been recorded.

The officers should also follow certain procedures when the equipment is not working properly so that individual officers in the field cannot decide when to use the equipment.

Each officer with the Tampa Police Department DUI enforcement unit is assigned a portable breath-testing device that can be used to test under-aged drivers at the scene of the stop whenever a driver under the age of 21 is stopped during a DUI investigation.

Many of the officers on the Tampa Police Department’s DUI enforcement unit have special training to conduct DUI investigation, as well as investigations into related cases such as vehicular manslaughter.

In addition to the training at the police academy, the officers have additional training in traffic crash investigations and driving under the influence investigations.

The Wolfpack Operations by the Tampa Police Department include “aggressive” patrols around certain areas that TPD determines to be traveled frequently by drunk or impaired drivers. Unlike DUI roadblock and checkpoint operations, the Wolfpack Operations occur without any prior warning or guidelines.

The TPD DUI Enforcement officers were stationed near the 5200 block of North Armenia Avenue from 10 p.m. to 1 a.m. This last DUI checkpoint conducted in the City of Tampa was part of the $191,000 Florida Department of Transportation grant.

The term DUI “Non-Arrest” is defined as a DUI related traffic stop in which a DUI investigator was called to a patrol officer’s scene to investigate a possible impaired driver OR a DUI investigator stops a vehicle based on their own suspicion, wherein the vehicle operator does not meet the threshold to be arrested for the offense of DUI.

The Tampa Police Department has a longstanding relationship with the Tampa Alcohol Coalition (TAC) and the Hillsborough County Chapter of Mothers Against Drunk Driving (MADD).

Scandals within the DUI Enforcement Unit of TPD

DUI enforcement officers should not engage in schemes to “set up” or entrap an individual and then make false allegations of DUI. Yet for eight months the Tampa Police Department attempted to ignore and make excuses for the conduct of Sgt. Ray Fernandez, a DUI squad supervisor, even though it quickly become apparent to the public that he committed serious acts of wrongdoing on several separate occasions.

After months of ignoring the problem, Tampa Police Chief Jane Castor fired Fernandez for lack of truthfulness, misuse of authority and failure to meet the department’s standards of conduct, professional responsibility and philosophy of enforcement.

The scandal revolved around an arrest on January 23, 2013. That arrest involved the DUI arrest of Campbell, who was in the middle of a high-profile defamation trial between dueling radio disc jockeys “MJ” Todd Schnitt and Bubba the Love Sponge Clem. The DUI accusation was a set up by his opposing counsel who used their pretty paralegal and their connections with Sgt. Ray Fernandez to target the attorney and set him up for a DUI arrest.

In the aftermath of the scandal, TPD formed a six-member team, made up of a judge, a prosecutor, a state law enforcement official and three Tampa police officers. That team recommended nine changes to the existing TPD DUI enforcement policy, including video cameras in patrol cars of DUI squad supervisors, expansion of field sobriety tests, and requiring more detailed reports.

The TPD DUI enforcement unit was also decentralized into four squads operating in each of the four districts.

Mayor Bob Buckhorn made a statement about the scandal with Tampa Police Department’s DUI Unit after the scandal could no longer be ignored. He released the following statement:

“Over the last week, Chief Castor has decentralized the DUI unit and assembled a team of trusted professionals from both inside and outside of the department to review Fernandez and McGinnis’ cases as well as random sampling of other DUI cases. These steps can assure the public that the Tampa Police Department handles DUI cases appropriately and that the department will continue to serve our community with the integrity and professionalism that it is recognized for.

“The actions of any one individual should not reflect on the entire department. The fate of the officer involved in the incident will be determined at a later date, but the larger issue of how the DUI unit operates is being dealt with today. Rest assured that if the investigation proves incompetence or a gross violation of the officer involved, actions will be swift and appropriate.”

The TPD media relations department uses social media efforts, including Twitter and videos on YouTube to remind drivers of the dangers of drinking and driving.

On November 8, 2013, the Tampa Police Department’s grievance response team denied Sgt. Ray Fernandez’s appeal to get his job back after it found the discipline administered was appropriate.

Sgt. Raymond “Ray” Fernandez was the supervisor of the Tampa Police Department’s DUI unit. In May of 2013, he was removed from that position and relocated into a desk job with the special operations division which coordinates security at events throughout the City of Tampa. He subsequently resigned from TPD.

Although the Tampa Police Department (“TPD”) said the move was not part of a disciplinary action it came at a time when Sgt. Ray Fernandez was under investigation for engaging in civil rights violations, official misconduct and malicious prosecution related to the stop and arrest of an attorney in Tampa named C. Philip Campbell, Jr., on January 23, 2013.

In early August of 2013, the Chief of Police for the Tampa Police Department, Jane Castor, announced that she would reorganize TPD’s DUI enforcement unit in an effort to provide “more supervision and more oversight.”

Tampa Police Department’s DUI Unit – Read more about the Tampa Police Department’s DUI enforcement efforts including information on in-car video systems to record everything from the traffic pattern to field sobriety exercises to the arrest to the transportation to the jail. This page on TPD’s DUI enforcement unit also provides information on common DUI myths, its relationship with the Hillsborough County Chapter of MADD, TPD’s Wolfpack Operation, and TPD’s list of the 10 ten arrest locations.

TPD Standard Operating Procedures (PDF 12 MB) – Read more about the standard operating procedures required for DUI enforcement officers with the TPD including a requirement that the entire DUI investigation is audio and video recorded. 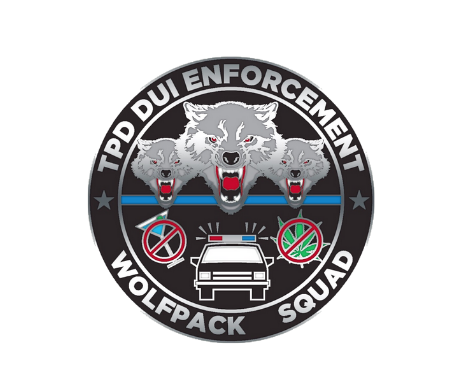 Finding an Attorney after a DUI Arrest by TPD

Call a DUI attorney with the Sammis Law Firm to discuss your DUI arrest and encounter with a DUI enforcement officer with the Tampa Police Department. We focus on DUI cases in Hillsborough County, Florida. Let us put our experience to work for you.

Read more about our DUI case results after an arrest by a DUI enforcement officer with TPD.

This article was last updated by Leslie M. Sammis on Tuesday, August 20, 2019.

Joshua Monteiro With more than 20 years of military experience in the U.S. Army, Joshua brings leadership skills and....