You only have 10 days after your DUI arrest to request a formal review hearing to contest the administrative suspension of your driver’s license.

The rules for the administrative suspension are found in Florida Statute Section 322.2615 and Chapter 15A-6 of the Administrative Code.

The administrative suspension occurs after a DUI arrest for any refusal case or breath test reading over .08.

Hiring an experienced DUI attorney at this stage of the case is important because of the complexity involved in successfully contesting the administrative suspension of a Florida driver license.

We are familiar with the best ways to conduct a formal review hearing in Tampa to contest the administrative suspension.

Click here to read more about our Recent Case Results in DUI Cases.

Winning the administrative hearing is an important step towards protecting your driving record.

Winning the administrative hearing also protects you from the collateral consequences that come with an administrative finding that you drove under the influence of alcohol or drugs, even if you ultimately avoid a DUI conviction in the criminal case.

Contact an experienced criminal defense lawyer at the Sammis Law Firm to discuss your DUI case and protecting your driver’s license.

Benefits of requesting the Formal Review Hearing under Florida law include:

Your attorney can obtain discovery at the formal review hearing and not be deemed to have invoked criminal discovery because the Rules of Criminal Procedure have no application to discovery taken by a defendant in a parallel administrative or civil proceeding.

Consequently, the defendant is not obligated to engage in reciprocal discovery under the Rules of Criminal Procedure even after questioning all of the witnesses in the case at the formal review hearing. Llanes v. State, 603 So.2d 1294 (Fla. 3d DCA 1992).

When the Arresting Officer or Breath Test Operator Fails to Appear?

As a practical matter, the hearing officer can render a decision solely on the basis of documents without the presence of any witnesses. §322.2615(2), Fla. Stat. But the driver has the right to serve a subpoena issued by the hearing officer upon request.

If the driver obtains and properly serves a subpoena on the arresting officer and the breath test officer (even in a refusal case), and either fail to appear at the formal review hearing, then Florida Statute 322.2615 provides that the hearing officer SHALL invalidate the suspension.

What does the order say if you win the hearing?

STATE OF FLORIDA
DEPARTMENT OF HIGHWAY SAFETY AND MOTOR VEHICLES
IN THE MATTER OF THE DRIVING PRIVILEGE OF:

This case is adjudicated under the authority of Chapter 15A-6, F.A.C. and section 322.2615. The Hearing Officer has set aside the suspension of your driving privilege dated ________ for driving with an unlawful alcohol level or refusing to submit to a lawfully requested chemical test.

Upon reviewing the facts of the case, the Department Hearing Officer has determined that this is insufficient evidence to support:

The law enforcement officer had probable cause to believe that the person who’s license was suspended was driving or in actual physical control of a motor vehicle in this state while under the influence of alcoholic beverages or chemical or controlled substances.

This decision of the Department Hearing Officer has no bearing on any DUI trial. If you are convicted of a DUI charge in court, your driving privilege will be revoked according to Florida law. You will be required to surrender to the court all driver licenses in your possession.

A law enforcement agency may appeal any decision of the department invalidating a suspension by a petition for writ of certiorari in the circuit court in the county wherein a formal or informal review was conducted within 30 days of this order, pursuant to Florida Rules of Appellate Procedure 9.100.

Even in those cases in which your Tampa DUI lawyer is not able to invalidate the Florida administrative suspension of your driver license, your attorney will nevertheless be able to cross-examine all of the state’s witnesses.

This cross-examination is important because it may be your attorney’s only opportunity to question the witnesses before the trial or pre-trial motions in the case.

The cross-examination can then be typed up into a written transcript which can be used to impeach a witness at trial if they attempt to change their testimony.

Your administrative suspension must be removed by the Florida DMV in an unlawful blood alcohol level test if you are later found “not guilty” of the underlying offense of DUI.

However, if you are charged with DUI refusal and are found “not guilty” of DUI at trial then your administrative suspension will not be removed.

The Length of the Administrative Suspension after a DUI Arrest

The DUI formal review hearings are scheduled at the Bureau of Administrative Reviews office in the county or region where the DUI arrest occurred. The hearings are governed by Section 322.2615.

The hearing must be scheduled no later than thirty (30) days after the request is made. After requesting the hearing, a Notice of Formal Review Hearing / Prehearing Order is issued.

If you are eligible a temporary driving permit is enclosed with the notice of formal review hearing which normally allows you to continue driving for business purposes only for another 42 days.

The DUI permit will become effective when the ten-day permit expires. The temporary DUI permit in Florida is restricted to “business purposes only,” which means a driving privilege that is limited to any driving necessary to maintain the petitioner’s livelihood, such as driving to work, school, church, or your doctor.

A Driver’s Prehearing Statement must be completed with subpoenas for the DHSMV seal and signature within 10 days after the notice is received.

Furthermore, when a breath test was given, your attorney may also be able to subpoena the agency inspector and department inspectors. Yankey v. DHSMV, 2009 WL 416618 (Fla. 2d DCA February 20, 2009).

Under Rule 15A-6.012(1) subpoenas can be served on any officers or witnesses identified in documents submitted to the DHSMV pursuant to section 322.2615(2), Florida Statutes, which typically include the following:

Under 15A-6.012(2), a driver who requests subpoenas to be issued is responsible for the service of such subpoenas and payment of any costs and fees.

Local police departments will usually accept service of a DHSMV subpoena within the 5 business days service requirement explained in Fla. Stat. 48.031(4)(a)3.

At the formal review hearing, the Florida DHSMV hearing officer will determine by a preponderance of the evidence presented whether sufficient cause exists to sustain, amend or invalidate the suspension of the driver’s license pursuant to Florida Statutes Section 322.2615.

The issues to be determined during the DUI formal review hearing when it is alleged that the driver blew over the limit are as follows:

The issues to be determined during the DUI formal review hearing when it is alleged that the driver refused to submit to a breath or urine test are as follows:

Furthermore, a recent decision issued on November 21, 2008, found that the hearing officer must also address whether the refusal to submit to a breath test was incident to a lawful arrest. Hernandez v. Department of Highway Safety and Motor Vehicles, — So.2d —-, 2008 WL 4949320 (Fla. 1st DCA 2008).

Because of the split between the various District Court of Appeals in Florida, this issue will ultimately be decided by the Florida Supreme Court.

A hearing officer cannot make a critical determination supported only by evidence that gives equal support to inconsistent inferences. In circumstances where conflicting documents support two different reasonable inferences, the arbitrary choice of one document over another does not meet the competent, substantial evidence test.

In Papper v. Dep’t of Highway Safety & Motor Vehicles, 23 Fla. L. Weekly Supp. 813a (Fla. 15th Cir. Ct. Jan. 28, 2016), the court held that the hearing officer lacked competent, substantial evidence necessary to support her decision in the face of conflicting documents as to when the petitioner was arrested.

In Smith v. Dep’t of Highway Safety & Motor Vehicles, 24 Fla. L. Weekly Supp. 12a (Fla. 7th Cir. Ct. March 9, 2016), the court found that petitioner could not have been arrested and read the implied consent at the same time, as the Refusal Affidavit stated, thus there was a lack of competent, substantial evidence necessary to support the hearing officer’s finding.

One problem that occurs is when the evidence doesn’t show that the request for a breath test must occur after a lawful arrest. In Dep’t of Highway Safety & Motor Vehicles v. Whitley, 846 So. 2d 1163, 1167 (Fla. 5th DCA 2003), the court held that the breath test was incidental to a lawful arrest because it was administered well after the driver was lawfully arrested.

In Dep’t of Highway Safety & Motor Vehicles v. Hernandez, 74 So. 3d 1070 (Fla. 2011) [36 Fla. L. Weekly S243a], the court held that a driver license cannot be lawfully suspended unless the request to take the breath test and the refusal are incident to a lawful arrest.

When the evidence is hopelessly in conflict as to whether the breath test was requested before or after the driver was arrest and there is no sworn testimony explaining that the conflicts in the evidence are scrivener’s errors or otherwise clarifying the timeline of events, the hearing officer is not permitted to arbitrarily chose to believe certain documents over others.

If there is a lack of competent, substantial evidence to support the hearing officer’s finding that Petitioner refused to submit to a breath test incident to a lawful arrest, the Petition for Writ of Certiorari should be granted and the sustaining the driver’s license suspension should be quashed.

Filing a Writ of Certiorari after a Formal Review Hearing

At the formal review hearing, the hearing officer is required to provide minimum procedural due process of law, conduct a fair and impartial review of the evidence, and render a decision that does not depart from the essential requirements of the law.

One issue in many formal review hearings occurs because the officer’s reports are inconclusive about an essential fact such as whether the reading of the implied consent and alleged refusal occurred before or after the DUI arrest.

When the evidence is inconclusive, but the hearing officer nevertheless upholds the suspension, the petitioner can file for a writ of certiorari asking the Court to grant the petition, quash the Final Order of License Suspension, and reinstate the driving privileges.

The Court will then grant an Order to Show Cause and require the DHSMV to file a response. The petitioner can also request oral arguments, pursuant to Florida Rule of Appellate Procedure 9.320.

If you have been arrested for drunk driving or DUI in Florida, you must act quickly to preserve all of your rights to attack the administrative suspension of your driver’s license. Contact an experienced DUI Lawyer in Tampa, FL, to discuss your defenses today for any DUI arrest in Tampa, Plant City, St. Petersburg, Clearwater, Bartow, New Port Richey, Dade City, or the counties of Hillsborough County, Pasco County, Pinellas County, or Polk County.

The Miami BAR Office is responsible for the following counties – Collier, Miami-Dade, Monroe 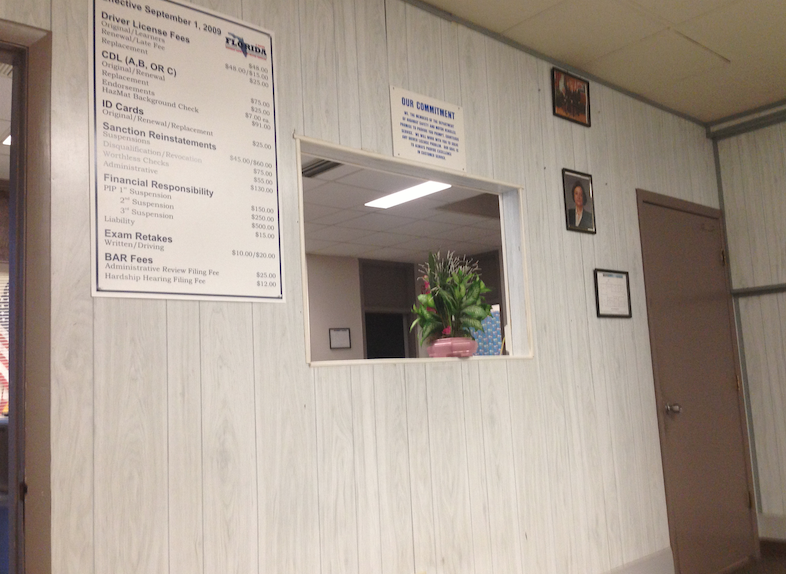 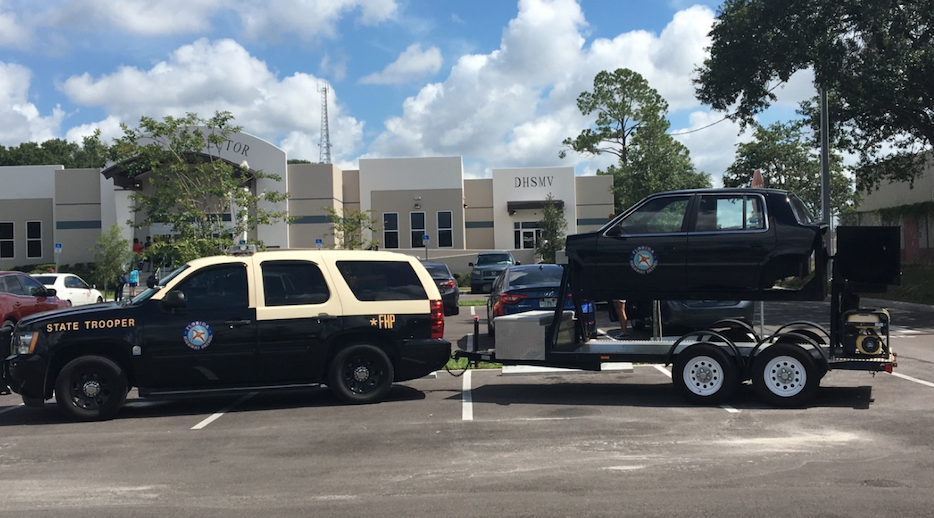 This article was updated by Leslie Sammis on Friday, August 14, 2020.