DRE stands for a “drug recognition evaluator.” DRE’s are frequently called upon to differentiate between drug influence and medical and/or mental disorders. The certified DRE is an tool for combating the adverse impact of drug and alcohol-impaired driving.

Although DRE school used to be more demanding, the requirements have been watered down over the years so that more officer might qualify.

The International Association of Chiefs of Police (IACP) is the regulating and certifying organization for the DRE program. DRE certification is valid for two years. In order to maintain certification, DRE’s must conduct a minimum of four evaluations within the two years, submit a rolling log and current curriculum vitae, and attend eight hours of recertification training.

If an DRE is involved in your DUI case, your criminal defense attorney should file motions to exclude that testimony at trial.

If your DUI case involves a report by a “drug recognition evaluator,” then contact an experienced criminal defense attorney at Sammis Law Firm. We help clients accused of impaired driving because of the consumption of drugs.

Whether this is your first DUI or a second or subsequent offense, we can help. Contact us for a free consultation to discuss the facts of your case, the potential penalties that might apply, and the best ways to fight the charges aggressively.

Is the DRE Evidence Admissible?

In some cases, the DRE evidence is admissible. As a general rule, the courts have found that the Frye test does not apply to DRE evidence because the general portion of the DRE protocol is not scientific.

The DRE protocol consists of a twelve step systematic assessment of the defendant’s vital signs and physical appearance, a physical examination, as which as other parts of the typical DUI investigation, including the standard field sobriety tests.

The physical examination of the DRE involves some techniques borrowed from the medical field, including:

The fact that some of the examinations in the protocol are borrowed from the medical profession does not elevate the protocol to scientific status. Williams v. State, 710 So.2d 24 (Fla. 3d DCA 1998).

The DRE protocol is based on the fact that the consumption of alcohol and/or drugs produces readily observable and distinguishable psychophysical signs and symptoms.

Two Phases of Training to Become a DRE

According to the application for the FLORIDA DRUG RECOGNITION EXPERT SCHOOL, to receive certification as a DRE, two phases of training must be completed:

Requirements for DRE Training in Florida

To be considered for DRE training, the applicant must meet the following required criteria: 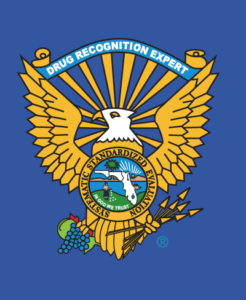 Florida’s Drug Recognition Expert (DRE) Program – Visit the website of the Institute of Police Technology and Management (IPTM) to learn more about Florida’s drug recognition program and what it takes to become certified as a DRE. Find information on attending school to become a drug recognition expert, DRE recertification training, and DRE instructor courses. Find links to the International Drug Evaluation and Certification Program website. Find a list of regional DRE coordinators through the state.

International DREs – Visit the website of the International Association of Chiefs of Police (IACP) which coordinates the International Drug Evaluation and Classification (DEC) Program with support from the National Highway Traffic Safety Administration (NHTSA) of the United States Department of Transportation. The DEC Program not only certifies officers as DREs, it also educates prosecutors and toxicologists on the DRE process and the drug categories. A drug recognition expert/evaluator (DRE) is a police officer trained to recognize impairment in drivers under the influence of drugs other than, or in addition to, alcohol.

This article was last updated on Friday, September 13, 2019.