Since the events of September 11, 2001, we have all noticed drastic changes at the airport. One noticeable change is the increase in the number of people arrested at the airport for a wide range of misdemeanor and felony offenses under state and federal law.

Tampa International Airport (TIA) is a major international and domestic airport for the west-central region of Florida. The airport and its tenants employ more than 7,500 people on the airport campus.

Passenger traffic totaled 18,815,425 as of September 2016. With so many people traveling through TIA each year, it is no surprise that criminal investigations take place at the airport.

The most common criminal offenses that occur at an airport including bringing a firearm, weapon, drug or other contraband into a security checkpoint before boarding a flight. Other crimes can include driving under the influence (DUI), trespass, disorderly conduct, or public intoxication.

After an arrest at the airport, it is important to obtain any surveillance video that shows what happened. If you don’t file a demand to obtain the video, then the airport might destroy the video.

For this reason, it is important to file and litigate an “emergency motion for a court order with good cause shown” that requires the authorities at the airport to preserve and release a copy of the video surveillance to the criminal defense attorney.

Attorneys for an Arrest at the Airport in Tampa, FL

Our criminal defense attorneys represent clients charged with criminal offenses that occur at the airport. The vast majority of those arrested or cited at the Tampa International Airport come into contact with law enforcement officers with the Tampa International Airport Police Department (TIAPD), Transportation Security Administration (TSA) or the Department of Homeland Security.

The attorneys at Sammis Law Firm also represent clients when their money is seized at the airport for being illicit or unreported.

In many of these cases, common sense was replaced with “zero tolerance” policies. The number of people arrested for inadvertently carrying concealed weapon or firearm into a secure part of the airport has increased. Many recent cases involved someone who forgot about a firearm, pocket knife or other types of contraband when they pack.

To their surprise, the contraband is discovered as they go through security. The person is immediately detained and questioned. Most are arrested and formally booked at the jail. A few individuals with misdemeanor charges receive a “notice to appear” at a future court date and are released at the scene.

More warning signs have been posted at the airport to remind people about the problem of inadvertently carrying a concealed firearm. According to the article, more than 23 loaded firearms were seized at Tampa International Airport from January 1st to September 1, 2013.

Carrying a Concealed Weapon or Firearm

This charge is often written up as carrying or possessing a “prohibited item firearm in a sterile area.” Under subsection 790.06(12)(a)(14), those sterile areas include:

The inside of the passenger terminal and sterile area of any airport, provide that no person shall be prohibited from carrying any legal firearm into the terminal, which firearm is encased for shipment for purposes of checking such firearm as baggage to be lawfully transported on any aircraft.

For individuals that pack for the airport in a rush, they may not realize that a weapon is hidden in their carry-on bag. The mistake is discovered by law enforcement in the security screening area.

Although the crime of possession of a concealed weapon or firearm requires that you “knew” you were in possession of the contraband, the law enforcement officers at the Tampa International Airport Police Department often make an arrest in those cases even if they have overwhelming evidence that the mistake was inadvertent or without actual knowledge.

If you accidentally possessed a knife, firearm, or other contraband to the airport, and did not have actual knowledge that the item was your carry-on bag, the best result is getting all criminal charges dropped so that you might be eligible to expunge the criminal record.

The Formal Arrest vs. the Notice to Appear

For serious offenses, the police officers at the Tampa International Airport are authorized to make an arrest. When a formal arrest is made, you will be booked into the jail at Orient Road before being allowed to post bond.

For many misdemeanor charges, the law enforcement officers might release the person after issuing a Notice to Appear (NTA) for a future arraignment court date at the courthouse in Tampa, Hillsborough County, FL.

Hiring an attorney as soon as possible after the arrest is important for preserving your rights. Surveillance cameras often capture the events that occurred in the terminal or parking lot. However, those videos may be destroyed unless you properly demand that the tape is preserved within 7 days of the arrest.

Types of Arrests Made at Tampa International Airport

The most common charges after an arrest at the airport include:

If you were arrested for a felony or misdemeanor offense at Tampa International Airport then contact a criminal defense attorney in Hillsborough County, FL, to discuss defenses that may apply to your case.

We are experienced in representing individuals who live out of town or out of the State of Florida. Your attorney can talk with you about waiving many of your preliminary court dates so that you do not need to make needless trips to Tampa, FL to resolve your case.

Diversion Programs including PTI and MIP in Hillsborough County, FL

Entering those programs may not be the best choice for certain professionals such as college or graduate students, lawyers, nurses, doctors and other health-care professionals, pilots, public and private school teachers, professors and educators, law enforcement officers or members of the military.

Of course, most innocent people would be better off fighting the charges in court instead of agreeing that they did something wrong and entering a diversion program.

Criminal Trespass at the Tampa Airport

The crime of “Trespass at an Airport” is one of the offenses on a list of misdemeanor exceptions that can result in a warrantless arrest even if the crime is not committed in the officer’s presence.

The authorities at the Tampa International Airport make it next to impossible to obtain video surveillance evidence. For this reason, you need an attorney to quickly send the appropriate letters to identify and preserve the evidence. You also need an attorney to file a litigate a demand for a court order for good cause shown to get the surveillance video before it is destroyed.

302 SURVEILLANCE RECORDINGS – This record series consists of surveillance recordings created to monitor activities occurring inside and/or outside of public buildings and/or on public property (including in public vehicles such as school buses and municipal buses, and in public roadways such as intersections monitored by red light cameras). Since these recordings may play an integral part in prosecution or disciplinary actions, agencies are responsible for ensuring that internal management policies are in place establishing criteria for which images should be retained for further investigation. 30 days.

You can find the entire schedule on the Florida Department of State website.

If you make a request for video surveillance, the authorities at the Tampa International Airport and Central Records will claim that the video is both a component of and reveals part of Tampa International Airport’s security system or surveillance techniques and thus is confidential and exempt from public disclosure under Florida Statute Sections 119.071(2)(d), 119.071(3)(a), 281.301 and/or 331.22.

If the video also involves the checkpoint area, it contains sensitive security information controlled by 49 CFR Parts 15 and 1520 or other pertinent state or federal statutes. As such and in accordance with those statutes, the Authority will only disclose the requested video to you upon a showing of good cause before a court of competent jurisdiction. You should file the appropriate paperwork to demand that they preserve the video that has been retained until that time. Note also, if applicable, active criminal investigative information is also exempt under Section 119.071(2). 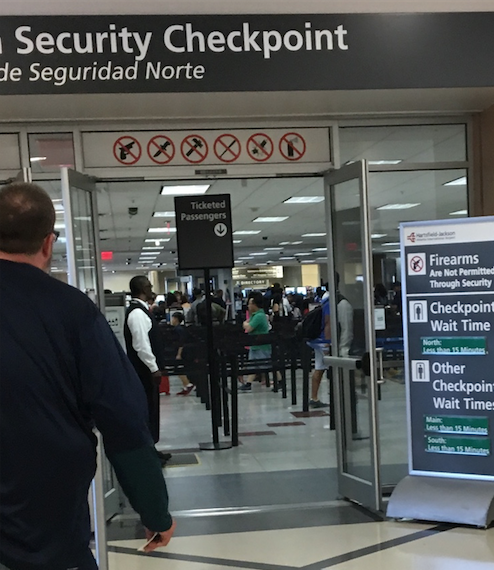 Hire a Lawyer after an Arrest at Tampa International Airport

Contact a Tampa criminal defense attorney at the Sammis Law Firm if you were arrested at the airport in Tampa, FL, for any misdemeanor or felony offense in Hillsborough County, FL. We also represent clients arrested for a crime at the Sarasota Bradenton International Airport.

Our attorneys are available to discuss the case during a free, confidential consultation.

We fight these types of charges aggressively, especially for our clients that have no prior record. The best result in these cases is getting the charges dropped outright so that you might be eligible to expunge the criminal record history.

This article was last updated by Jason D. Sammis on Friday, October 18, 2019. 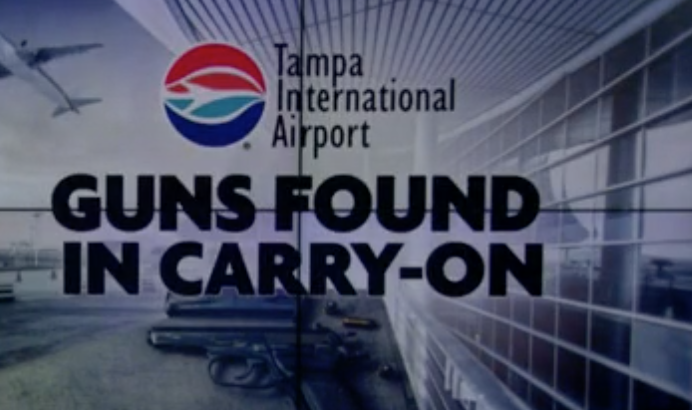