In 2017, the Marijuana Grow House Unit and Street Crime Unit of the Hillsborough County Sheriff Office have conducted more than 60 grow house bust operations. In many of these cases, the first indication that a criminal investigation has begun is when the officers come to the property with a search warrant to conduct the marijuana cultivation house raid.

In many of these cases, the Tampa Electric Company will investigate whether there is an illegal electric connection providing unmetered electricity to the home. Related charges in these cases include trafficking in marijuana, cultivation of marijuana, rent/own/lease for purpose of trafficking, grand theft electricity and possession of drug paraphernalia.

In “manufacture of cannabis” cases in Florida, the police often search a home either with or without an arrest warrant or a search warrant. Any search of a home is the most scrutinized type of search under the Fourth Amendment of the United States Constitution.

If you are being charged with growing marijuana, then contact an experienced criminal defense attorney at Sammis Law Firm. We can fight your charges aggressively to help fight for the best result in your case.

The defense in these felony drug cases often hinge on:

Many of these searches by law enforcement are illegal because they violated the Fourth Amendment. Any issue with the legality of the search can result in the prosecutor dropping the charges or the judge granting a motion to exclude the evidence against you. 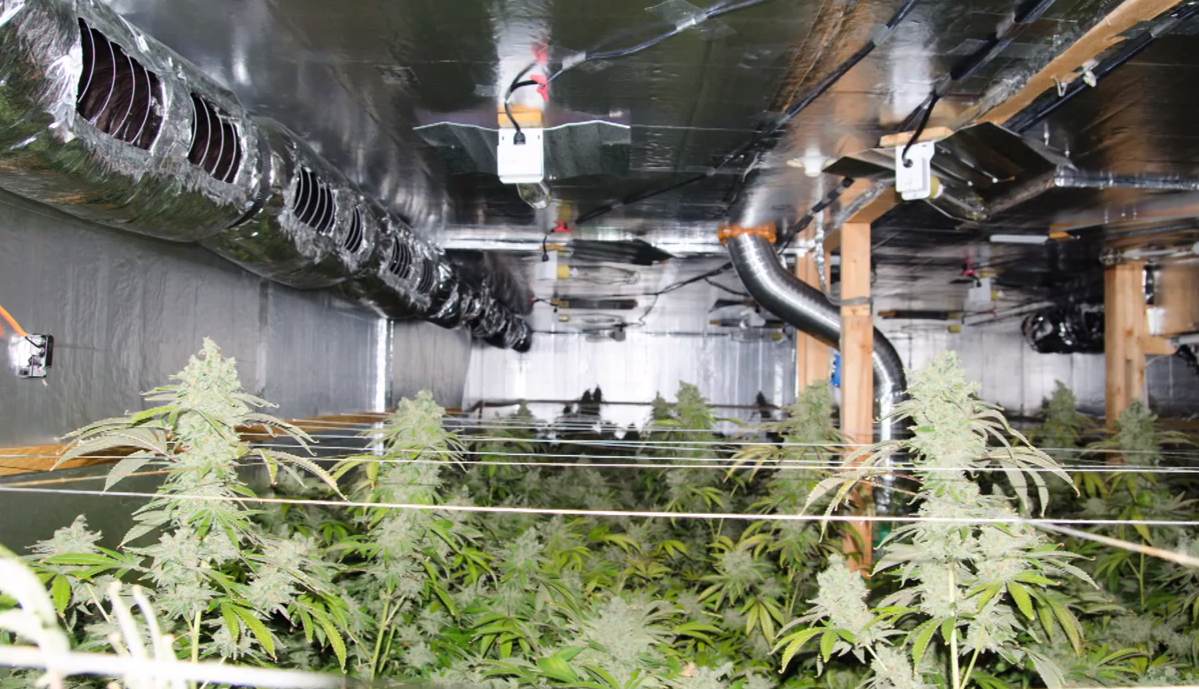 Our Attorneys are Members of the NORML Legal Committee

If you are under investigation or have been arrested for Marijuana Cultivation or Trafficking, contact an attorney experienced in defending cultivation of marijuana cases throughout the State of Florida. Our attorneys are members of the NORML Legal Committee committed to the reform of marijuana laws in Florida.

The attorneys at the Sammis Law Firm work hard to stay current on the most recent changes in the law affecting marijuana cultivation prosecutions and defenses.

Additionally, we work with a network of lawyers throughout the State of Florida and the rest of the nation who are fighting similar battles to defend individuals charged with serious marijuana offenses, including cultivation and trafficking. Read more about the pros and cons of the Legalization of Marijuana in Florida.

The Charge of Cultivation of Marijuana or Manufacture of Cannabis

Under Florida law, Section 893.13(1)(a) governs the offense of cultivation of marijuana, which is a third-degree felony punishable by up to five years in Florida State Prison. The offense is considered a Level 3 (three) offenses, which assuming no other additional charges or prior record would equate to 16 points on your Florida Criminal Punishment Code Score Sheet.

In Tampa, Hillsborough County, FL, the marijuana cultivation charge is written up as the criminal offense of “manufacture of cannabis” under the same statute and subsection.

The number of marijuana cultivation and cannabis grow house operations have also increased dramatically in the Tampa Bay area of Tampa, St. Petersburg and Clearwater, for Hillsborough County, and Pinellas County, Florida.

Marijuana grown indoors using hydroponic supplies is much more potent than the marijuana of 30 years ago. Thirty years ago, marijuana contained about 7% THC. Today, the hydroponic versions of marijuana have THC levels above 25%.

As information becomes more readily available on the internet about how to grow marijuana indoors, more people make an attempt to start a small unsophisticated operation for their own personal consumption. Those small unsophisticated marijuana cultivations are the most likely type of “grow house” to be discovered by law enforcement officers in Tampa, Hillsborough County, and the surrounding areas of Clearwater and St. Petersburg, Pinellas County, Bartow, Polk County, New Port Richey and Dade City, Pasco County.

Many of our clients have no criminal record. A serious drug accusation such as marijuana cultivation or trafficking can have serious collateral consequences which are most destructive to an individual with no criminal record who attempts a small cultivation of cannabis for personal consumption as a hobby or out of curiosity.

The larger grow house operations are more sophisticated, and less likely fall prey to the most common types of sting operations. How do law enforcement officers find marijuana grow house or cannabis cultivations operations in Florida?

Officers have become increasingly creative in finding indoor cultivation of marijuana operations in Florida, including using confidential informants working at hydroponic stores to gather information from customers. The law enforcement officers then use those leads to conduct surveillance on the individuals until they gather enough information to obtain an arrest or search warrant.

In other cases, the law enforcement officers simply conduct a “knock and talk” which involves a number of officers approaching the front door of a house in an attempt to gain “voluntary consent” to search the residence. Furthermore, law enforcement officers can search electric bills, or survey the outside of the home looking for any indications of indoor marijuana cultivation.

Other Marijuana Offenses Under Florida Law

Criminal charges for marijuana crimes include:

Watch a video from the Hillsborough County Sheriff’s Office explaining how its Marijuana Growhouse Unit has raided 53 houses growing illegal indoor marijuana and seized more than two tons of marijuana with a street value of more than $7 million. After the final disposition of the criminal case, HCSO destroyed 880 pounds of marijuana by incineration at the McKay Bay Refuse-To-Energy Facility in Tampa.

Choosing an Attorney for a Cannabis Cultivation Case in Florida

At the Sammis Law Firm, our attorneys are focused on fighting marijuana and cannabis cultivation cases in the Tampa Bay area, including Tampa or Plant City in Hillsborough County, Bartow in Polk County, New Port Richey or Dade City in Pasco County, St. Petersburg or Clearwater in Pinellas County, and Brooksville in Hernando County, FL.

Contact a drug crimes lawyer for any cannabis cultivation case in Florida to discuss defenses that may apply given the particular facts and circumstances of your case. 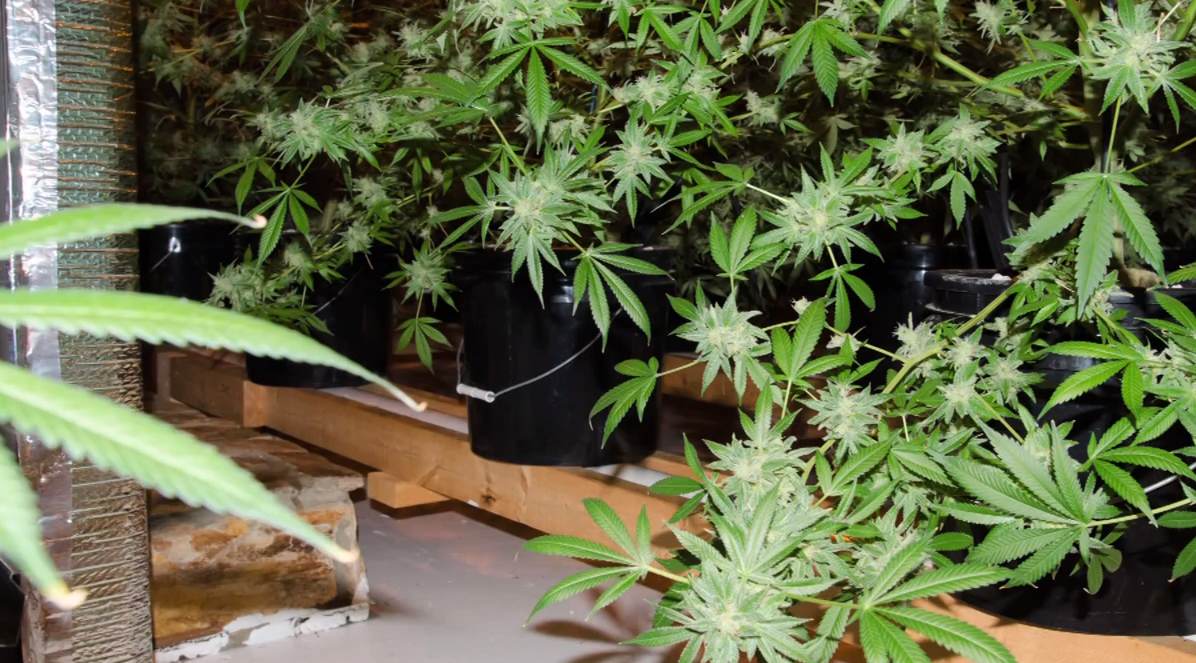